Over the last week I threw together a Nurgle Lord on a Palanquin. Using the old, oop palanquin, a lord I painted years ago and a bunch of oop nurglings, I threw it together and try to make it look imposing. 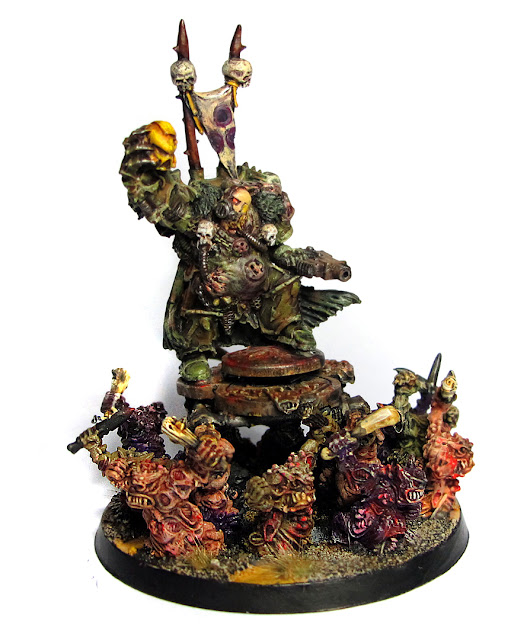 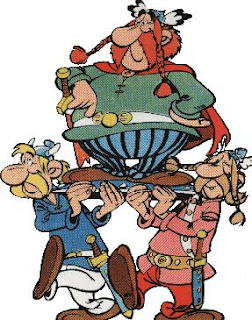 Here is the rest of the stuff I recently finished for the Traitor guard/Chaos list of 1500 points. It's not totally done yet, but getting there. 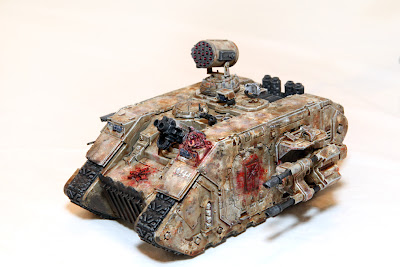 It's equipped with the twinlinked lascannons, the heavy bolter and the havoc launcher. 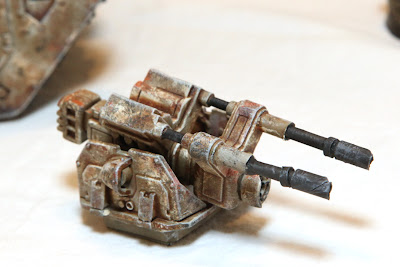 As you can see, I created new lascannons. I used a Tau Ionic Blaster and sawed off the cannon part. Then created two lascannons using plastic tubing. That I insterted into the sponsons. They move perfectly and look different but still serious. I think it's a good kitbash to do to make your chaos lr look a bit different.

The havoc launcher is made of the missile pod of the Valk. 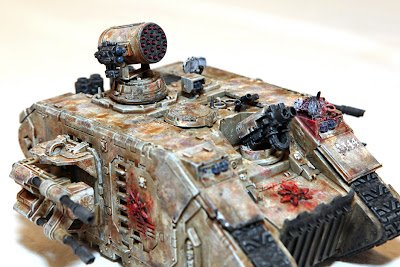 The dead man is from the Forworld Renegade trooper kit, very nicely donated to me by my buddy Michael. To make him blend in on the fender, I added more entrails and flesh with greenstuff. ALSO, I lengthened the fenders with two pieces of fantasy movement tray, to cover up the aquila on the threads. 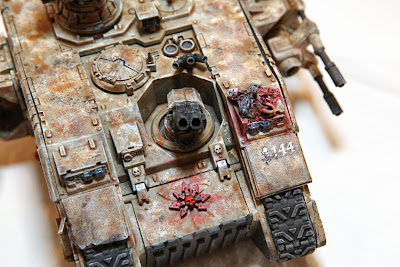 Of course ALL the weapons are magnetized, so I don't have to remember which weapon was destroyed during gaming, just take them off! 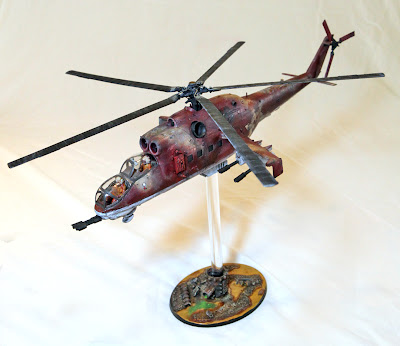 Its the 1/48 scale Revell Hind helicopter model, that John found when looking for a suitable replacement for the Vendetta for my army. I bought it for 20 bucks on Ebay.
It looks big, but is actually the same bodysize as the Valk/Vendetta, except that the tail is about 2 inches longer. Since that part doesn't really come into play, it works perfectly. The distance from nose to wing is the same as the GW model, so it works great in look on the battlefield.

The lascannons were home made and are all magnetized so I can take them off if I lose a set in battle. 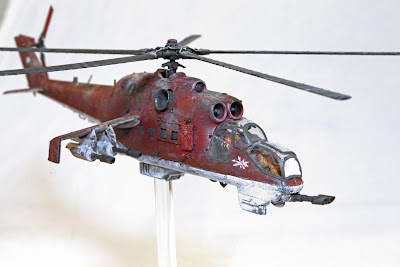 The base I made from some bits and stuff and I found an upright barrell to use as stand for my Dragonforge flightstand. I prefer the round and clean look over the GW version. 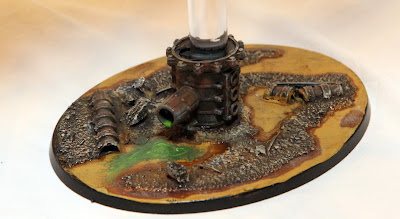 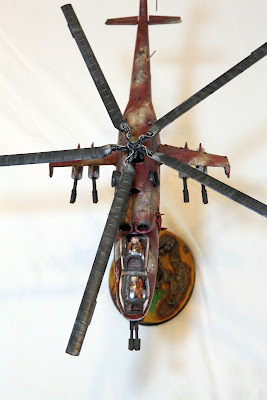 And last but not least: a squad of Chaos Marines!

I also photographed my third renegade squad but somehow deleted the images during transfer. More on those guys later!

I have been working hard on my Traitor Guard. Here's an update on the progress: 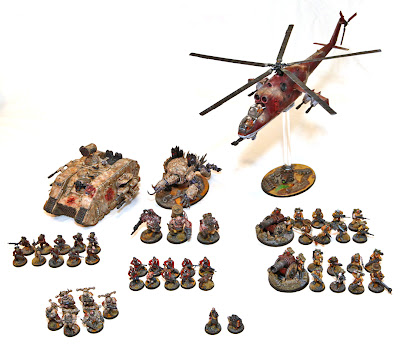 I stole a 1500 pts Guard/Chaos allies list (somewhere onlin) with a counts-as-Vendetta, a Maulerfiend, a Landraider, a squad of Chaos Marines and the troops you have seen before. Let's show off some details: 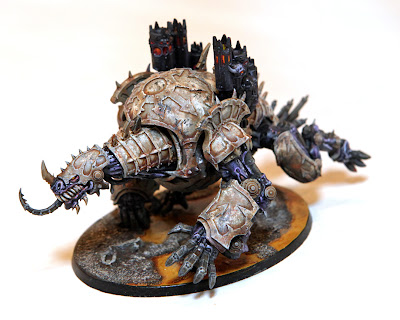 I pinned him on one leg to create more dynamic movement. That required one back leg to stretch out while the other came forward. 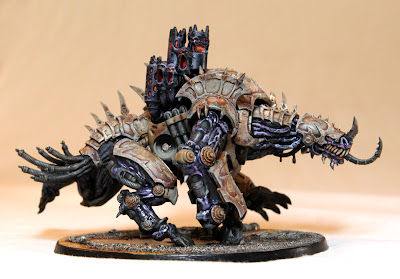 I magnetized all the weapon options for both models, so I can turn him into a Forgefiend as well. You can see the magnet in the middle of his body. Once I have the other weapons painted up, I will show you how to use the existing kit to get it all done.

Penal Squad
Using Victoria Miniatures Victorian troops, I reversed the concept of a penal squad (John's idea). Good guys captured by traitors! Their minds have been blanked using the (sculpted) collars, that of course also carry an explosive.

Their leader has already crossed the point of no return, but you can still see his background in his pants.
I also thought it would be fun to use a mechanical guard dog. By the way, the heads of the captures men are bareheaded Germans from West Wind 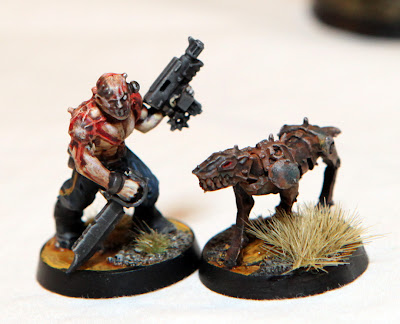 I will show you the rest next week!