Aside from huge cases of life, we SC Warhammerers have been quite busy on the gaming front.

SC John has been busy painting various things and scheming up up new projects for us to attempt. (I'll post pix of some of his recent work soon!)

SC Mike has been busy expanding his Astra Militarum (It's still SO hard for us old-timers to call them that instead of Imperial Guard!!!).

SC Mike's most recent work are his Scions - 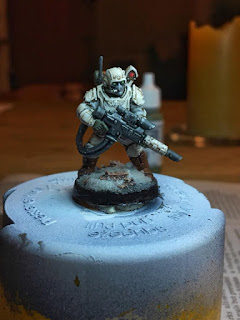 He also added a green-stuff fur collar to his Colonel-Commissar - and finished painting him up! 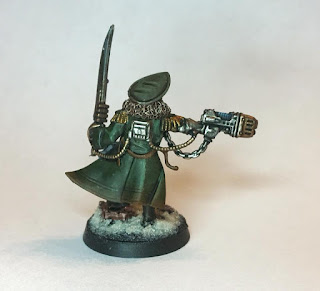 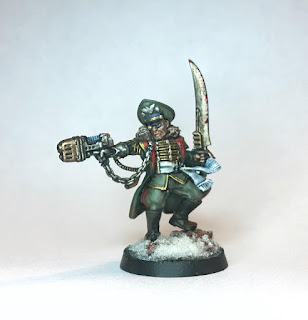 And here's a shot of the rest of his growing platoon!

I've recently joined a local 40k Escalation League and got in my first game last night. It was a brutal 6 turn slug-fest that ended with quite the scrum in the center of the table...


Here my Archangels race to the center of the table - my Librarian finished off the AM Commander as the lower Leman Russ obliterates 4 of the 5 tac marines! 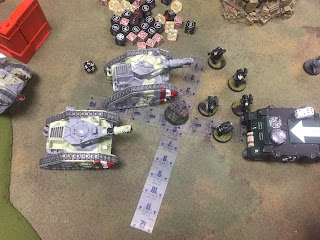 After charging and destroying the damaged Leman Russ with my Librarian and tying up the minty Leman Russ with my rhino, the smoke cleared and dust settled with the Archangels holding the      center and winning the match! But it was a bloody close one! 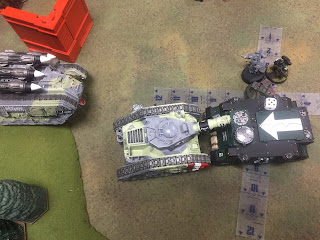 That's it for now!
~Maleagant
Posted by Maleagant at 9:27 PM No comments: